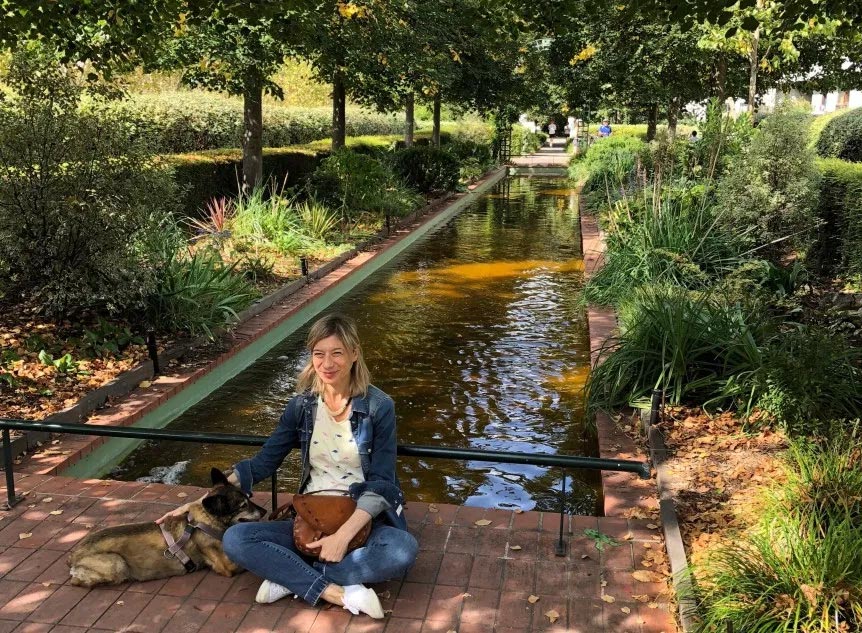 Guess what, we had breakfast at a new place today, Nicole’s (14 Rue de Bellechasse, 75007). Not a classic boulangerie, just a basic good cafe’. The coffee and omelettes were pretty good, perfect fuel for today’s adventure.

The Promenade Plantee is a 4.7 km (2.9 mile) elevated park built on top of an obsolete railway in the 12th arrondissement. The park opened 1993, 13 years ahead of the High Line in NYC, for which the Promenade Plantee was the inspiration. We’ve been to the High Line, and we had seen the Promenade Plantee in movies (“Before Sunset”), so we knew what to expect, it did not disappoint. The end at which we started was below street level and appeared to extend well off to the east. It was very well vegetated and was receiving a fair amount of use from walkers, runners, and bikers. After a short walk we arrived at the beginning of the elevate portion. A short ramp and bridge placed us over a small park filled with Parisians enjoying the sunny day. The Promenade is wide and filled with all variety of plants, trees, small ponds, and no shortage of interesting views down the intersecting rues (streets). The Promenade is supported by a continuing series of archways, we had read in one of the guide books that a section of those archways was filled on the weekends with over 60 artists creating and selling their works. A perfect opportunity to find a memory of the trip. We walked the entire length of the Promenade, no such place existed, another example of poor guide book updating (thank you Rick Steves). What we did find was a series of archways that had been turned into high end galleries, none of which were open on Sundays.

At the end of the Promenade we found ourselves far between Metro stations. A long walk ensued, and we began to look for a taxi. What we didn’t know was that today was a rare No-Vehicle day in Paris, many of the streets were closed to all but pedestrian and bike traffic. Uber was out of the question too, to access a car you had go to a pre-determined pickup spot, which we could not locate. Keep Walking!!!

After a little more effort on foot, we make it to the Metro, which delivered us to the Musee Rodin. By far this was my favorite Musee on my list visit to France. On this trip we found the Musee a little run down on the outside, still beautiful, but in need of some TLC.

After a quick lunch at the Musee cafe’ we started the tour. Sculptors working in bronze often make numerous copies of the same piece with very little variation, so most of Rodin’s greatest works are on site. Auguste Rodin lived to the ripe old age of 77, he was very productive in bronze, marble, paintings, and collecting the works of other artists. I’m not sure how some people, like Rodin, accomplish so much in their life time. I’m 58, nearly 59, I haven’t done much, I better get busy.

For dinner we are back at Le Cafe De L’Empire (17 rue du Bac, 75007). We tried to get into a recommended spot, but couldn’t get a table. Plus we were both a little tired, staying local seemed to be the better idea. Honestly though, we’ve come to enjoy L’Empire, we’ve had the same waitress a couple of times including tonight, the food and drink are quite nice, and the scene going on in and around the restaurant is entertaining. For Karen it was the creamy blue cheese poached egg appetizer, and a salad. Onion soup for me (formerly known as French onion soup) and a grilled sandwich. Dessert was stewed prunes, Karen had threatened to order this on a couple of occasions, quite good actually. 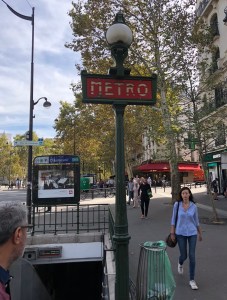 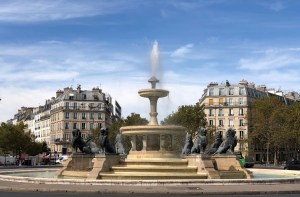 A beautiful roundabout in the 12th arrondissement. 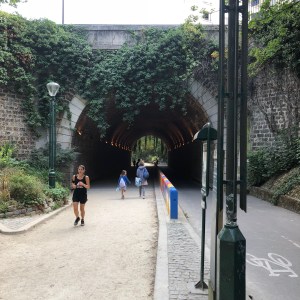 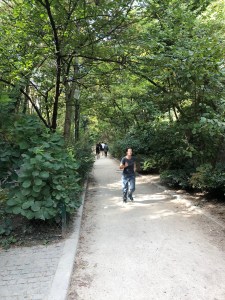 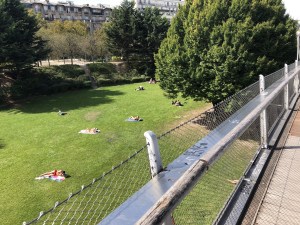 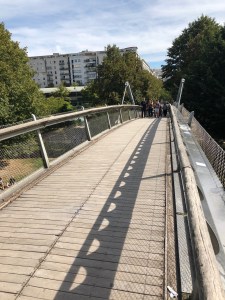 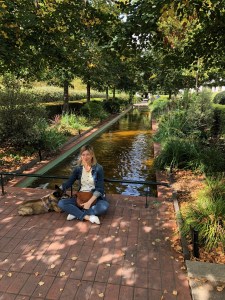 Enjoying the shade of the Promenade. 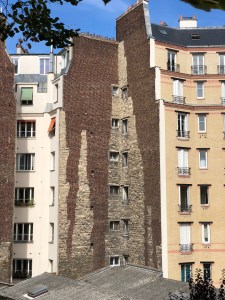 Those stones still look good, lets leave them for another 100-years. 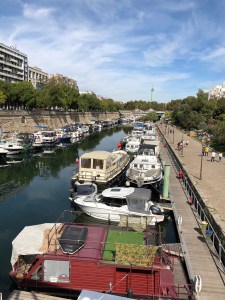 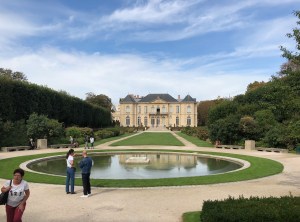 The jardin of the Musee Rodin. 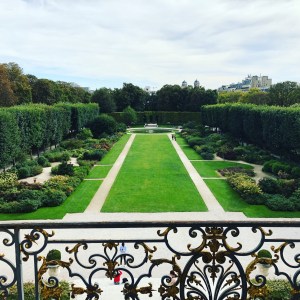 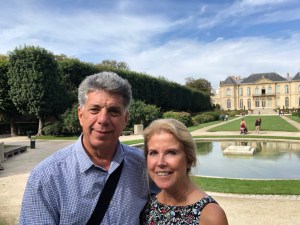 Getting better with the selfie-stick, don’t you think? 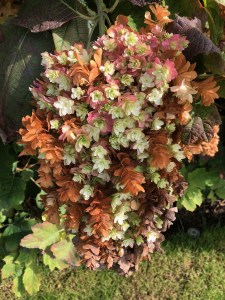 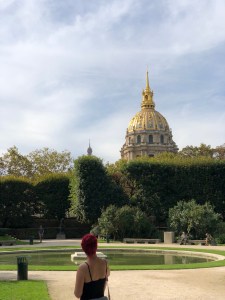 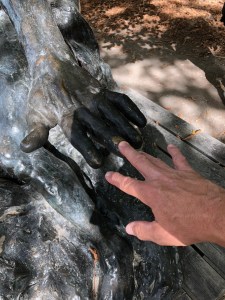 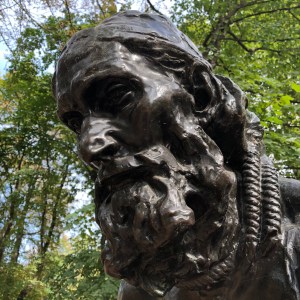 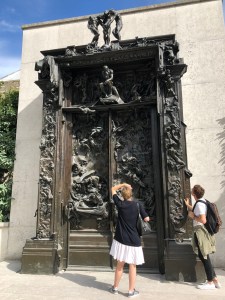 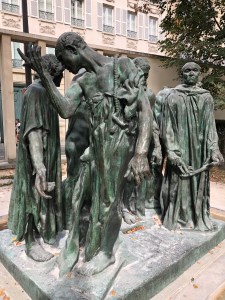